In light of Leonardo DiCaprio’s 41st birthday, I wrote an article for Journo Hub – Check them out, great stuff here! 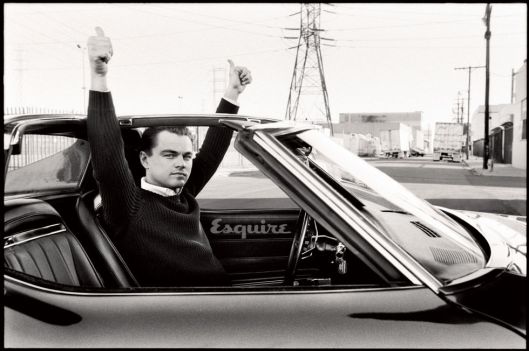 [Max Vadukul, Esquire] With The Revenant premiering in a month, everyone has been talking about Leonardo DiCaprio, wondering if this will be the year he finally gets his Oscar.

Playing fur trapper Hugh Glass, it is clear that DiCaprio has evolved from a fresh-faced teen dream to a mature actor who has no fear of the roles he takes.

When looking at his twenty-six year career, it is obvious that DiCaprio began his career as a dreamy teen idol, but quickly transformed into the leading man that he has become today.

But what makes a leading man DiCaprio’s evolution in his movies and roles is evidence enough. As we look at this evolution, be prepared to fall madly in love…

When Leonardo DiCaprio first joined the Hollywood scene in Parenthood alongside Tobey Maguire, it is hard to imagine him amounting to the sexy…